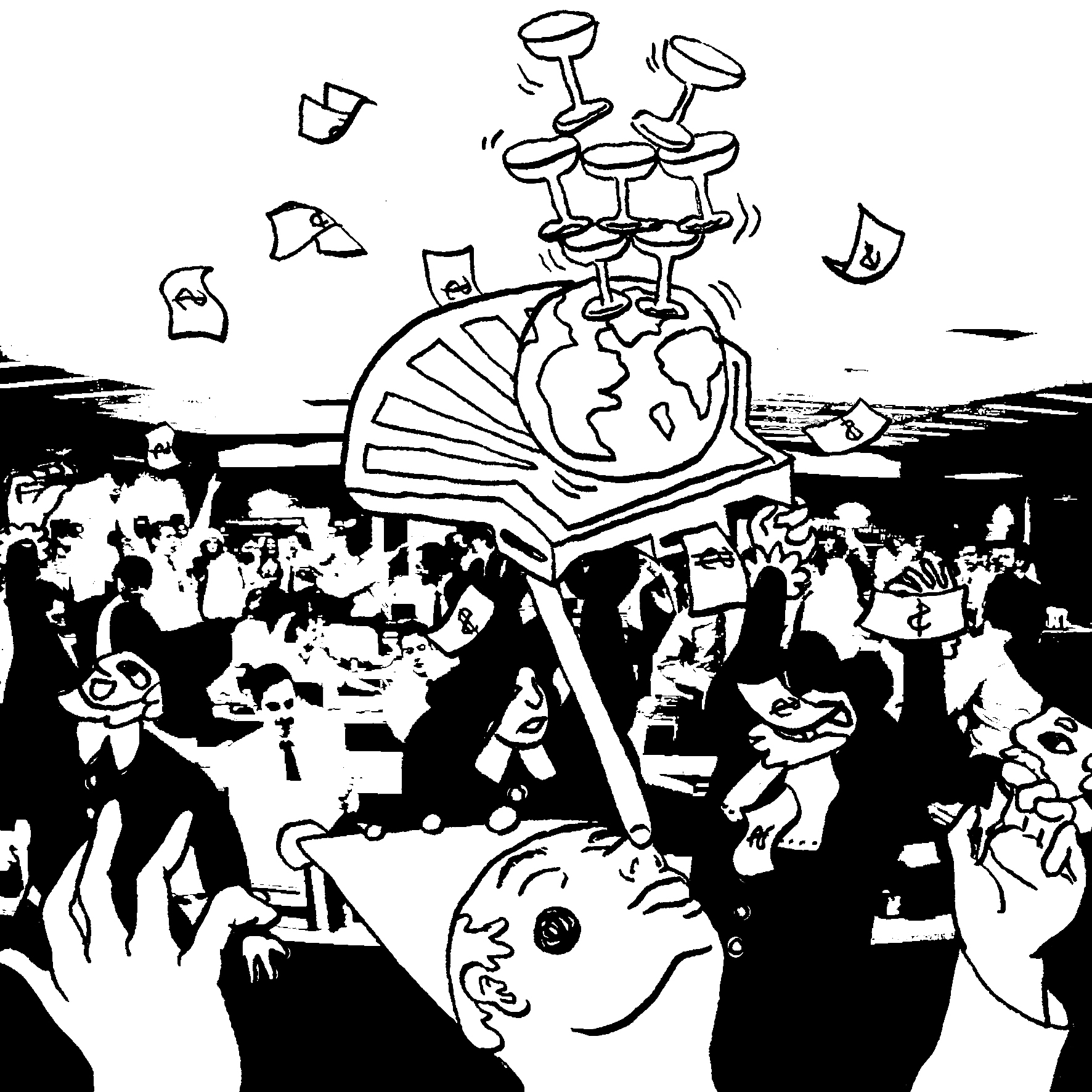 The analysis of Shell’s financialisation reveals how they have maximised profit at any expense. Creative tax structures, dividend and share gymnastics, strategic debt and asset accumulation; read how Shell became the archetype neoliberal multinational.

Recently, oil giant Shell has sought arbitration to look for compensation from the Dutch government for its decision to end gas exploration in the north of the Netherlands, and from Nigeria regarding a dispute over oil spills for which the company is held accountable. Instead of taking responsibility for the social and environmental damage the company has caused on the ground, as well as its contribution to global warming, Shell wants to be compensated for costs and potential losses.

Is this a company that can be relied on to develop a just and fair energy transition?

In February 2021, Shell presented its new ‘Powering Progress’ strategy which has as its four key principles (and in this order): generating shareholder value, respecting the environment, achieving net-zero emissions and powering lives. Even in Shell’s most positive scenario, it predicts that global oil and gas consumption will decrease by only seven per cent and 15 per cent, respectively, by 2050, and will not peak until 2080.

In the early 2020s, the market capitalisation (the total market value of a company’s outstanding shares) of oil-producing companies fell dramatically compared to companies in other sectors. The easy explanation put this fall in value down to the widespread impact and uncertainties caused by Covid-19. This assessment however, overlooks key events, such as the production war between Saudi Arabia and Russia, and the subsequent unrestricted dumping of oil on the market (in breach of the OPEC agreement). Our research shows that the origins of this downward trend can be better understood by looking at the financialisation of companies like Shell. As part of examining whether this sector is climate-resilient and prepared for the future, we looked at Shell’s financial priorities over the past 20 years, including where it pays taxes and how it remunerates its labour force.

Paying dividends and buying back shares

Over the past 20 years, Shell has consistently increased its dividend payments, paying historically high amounts in both 2018 and 2019 ($15.7bn and $15.2bn, respectively). The party was over in 2020, when the company was forced to reduce its dividend payment to just over $5 billion. Despite this, between 2000 and 2019, Shell paid out a whopping $184 bn to its shareholders. The company also spent $53 bn on share buybacks (ensuring any dividend would be paid over fewer shares, indirectly benefiting the shareholder), while accumulating more debt than any other company in the sector. If, however, we look at the share value of Shell (Figure 1), we see that it has only decreased. While resources were available to invest in research and development, renewable energy, or in climate-proofing the company, they slipped instead into the pockets of top management and a relatively small group of shareholders.

Figure 1: Share value of Shell over time in US$ 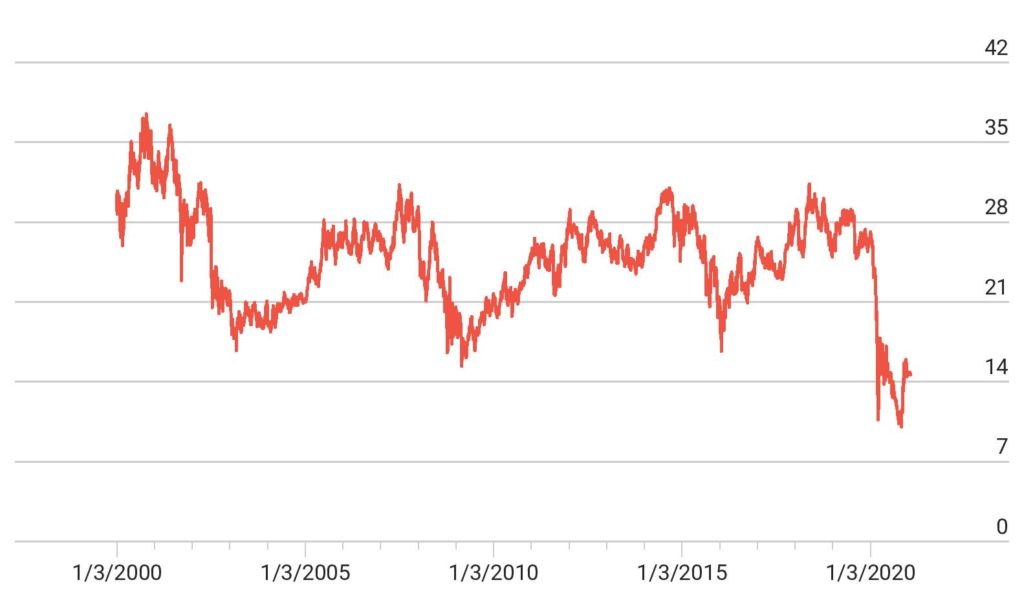 Shell’s tax reporting reveals the extent to which it moves its earnings to tax havens. Figure 2 shows where Shell records its profits and where it pays tax. In 2019, Shell registered 40 per cent of its profit in tax havens (excluding the Netherlands); this means, in effect, that two out of every five euros of profit ended up in tax havens. Another sign that Shell shifts its profits to tax havens is the extreme profitability of the company’s employees in these jurisdictions. An employee in a tax haven generates, on average, seven times more profit than an average Shell employee across the group. Finally, Shell registered 12 per cent of its profits in the Netherlands, ranked as the fourth worst corporate tax haven by the Tax Justice Network, while paying hardly any tax. 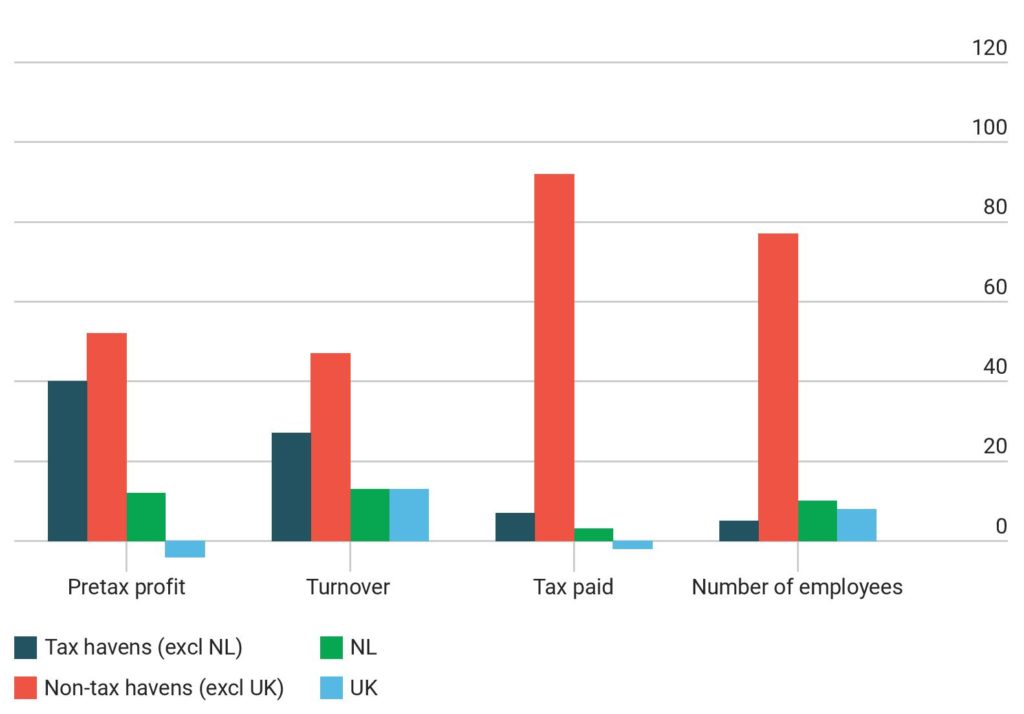 While Shell accumulates wealth, the natural landscape is reduced to a collection of extractable resources. Communities are severed from their natural wealth as Shell converts these resources to capital which the company then uses to reinforce its economic and political dominance. To achieve and maintain this position, Shell relies on the labour of thousands of workers, and the unpaid work of families and communities. Shell’s CEO, Ben van Beurden, has a salary 277 times greater than that of an employee at Shell Pernis, in the Netherlands, and 4050 times greater than the salary of an employee in the Niger Delta in Nigeria! Although Shell has been aware, for some time, of the impact of its business on climate change, a small group of people have continued to profit from the ongoing exploitation of people and planet. Patel and Moore very aptly say: “We may all be in the same boat when it comes to climate change, but most of us are on the middle deck”. And unfortunately, the captains at the helm – the ones responsible for getting us into this climate crisis in the first place – have also claimed most of the booty.

Profit maximisation is an obstacle to a just transition

Every euro spent on exorbitant payouts to management or shareholders, or shifted to a tax haven, is a euro not spent on paying decent wages, retraining workers for climate-proof jobs, cleaning up oil spills, compensating affected communities, or achieving net-zero emissions over the next 50 years. Shell remains fixated on maximising profit and pleasing shareholders, both of which continue to be its stated priorities as in its recent Powering Progress strategy. We already know where that strategy has taken us, and we can no longer accept that those who are responsible for climate change, but show so little willingness to change, can be part of any meaningful way forward.

Instead of demanding compensation, it is time for Shell to take responsibility. More importantly, it is time to take our future out of the hands of big polluters, and companies, that consistently put profit before the wellbeing of people and planet. These companies have no place in any decision-making process about our future.