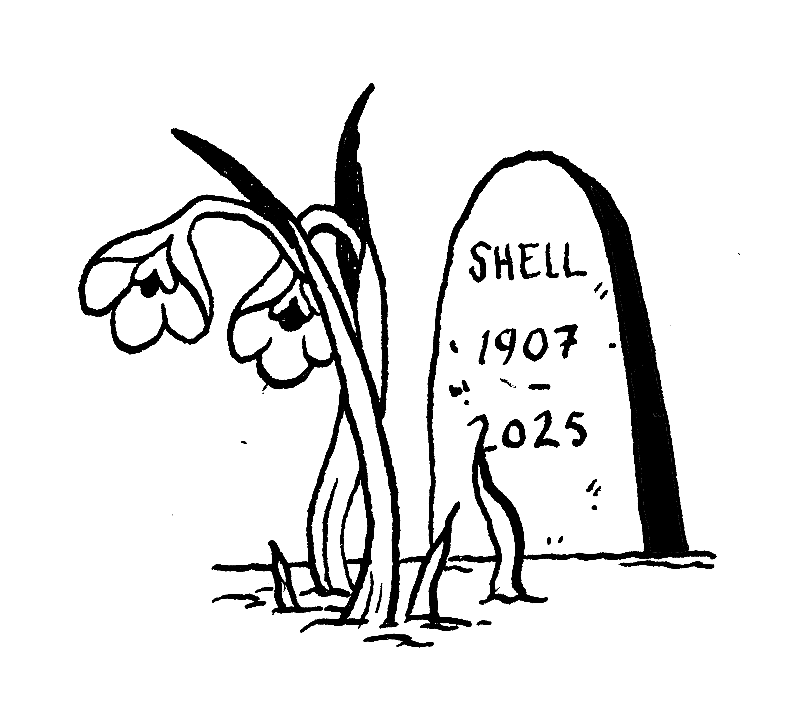 Shell Must Fall! is a european direct action campaign against Royal Dutch Shell launched in 2019 with the following demands: Dismantle Shell by any legal, economic political means necessary , provide a just transition for the workers in the fossil industry, ensure reparations for impacted communities and ecosystems and build a decentralised and socialised energy democracy for all.

The Gastivist Network aims at supporting grassroots resistance against new fossil gas infrastructure and at facilitating the flow of information and coherence across the blossoming gas movement.

Fossil Free Culture NL are a collective of artists, activists, researchers and critics working at the intersection of art and climate activism. Their goal is to confront oil and gas sponsorship of public cultural institutions in the Netherlands. They are committed to eroding the fossil fuel industry’s public image and their social license to operate. Through unsolicited art performances in institutions that accept such sponsorship, we expose the ecological and social devastation that the fossil fuel industry inflicts on the planet, and lay bare the way these cultural institutions actively sanitise the reputation of companies like Royal Dutch Shell.

COP 26 Coalition The COP26 Coalition is a civil society coalition made of groups and individuals from a range of constituencies in Scotland and the rest of the UK, including trade unions, direct action networks, climate justice groups, environment and development NGOs, faith groups, students and youth, migrant and racial justice networks.

Cooperative Jackson is an emerging vehicle for sustainable community development, economic democracy, and community ownership. Their long term vision is to develop a cooperative network based in Jackson, Mississippi that will consist of four interconnected and interdependent institutions: a federation of local worker cooperatives, a cooperative incubator, a cooperative education and training center (the Kuwasi Balagoon Center for Economic Democracy and Development), and a cooperative bank or financial institution.

The Movement for the Survival of Ogoni People (MOSOP) is an Ogoni-based non-governmental organisation of the Ogoni ethnic minority people of South-Eastern Nigeria and was founded in 1990 with the mandate to campaign non-violently to: • Promote democratic awareness; • Protect the environment of the Ogoni People; • Seek social, economic and physical development for the region; • Protect the cultural rights and practices of the Ogoni people; and • Seek appropriate rights of self-determination for the Ogoni people.

Aralez is a pan-decolonial network & grassroots organization based in Amsterdam. They actively foster inter-organizational collaborations towards decolonization.

Reclame Fossielvrij is a citizens’ initiative for a legal ban on fossil advertising.

Platform Authentike Journalistiek is a partnership of a group of Dutch based researchers who by means of critical reporting want to contribute to a just and democratic society. In 2020 they published the Shell Papers in collaboration with Follow the Money.

Re:Common campaigns to put an end to the extractivism of natural resources, common goods and financial wealth which disposses territories and billions of people all over the world. Through investigations, targeted communication and public campaigns Re:Common holds governments, corporations and financial institutions to account for their violations and walks by communities struggling for structural change in society. Re:Common believes that only through “commoning” we can all together grant a right to life to everyone, fight for justice and practice a deep transformation of our societies.

Corporate Europe Observatory is a research and campaign group working to expose and challenge the privileged access and influence enjoyed by corporations and their lobby groups in EU policy making.

The Corner House is a UK-registered non-governmental organisation. It began investigating alleged corruption surrounding the sale of the OPL 245 oil license in Nigeria in 2012. It was a signatory to the criminal complaint that triggered the current prosecutions of Shell and others in Italy and Nigeria. Also see Shell and ENI on Trial

Observatorio Petrolero Sur (OPSur) is an organisation with groups in Buenos Aires and the provinces of Neuquén and Río Negro (Argentina). People of Neuquén have resisted the fracking boom – partly pushed by Shell – for more than 10 years. OPSur published a lot of material on that matter, aimed at a fair, democratic, healthy and sustainable production and consumption of energy.

South Durban Community Environmental Alliance (SDCEA) is an environmental justice organisation based in South Durban, South Africa. It continuously struggles for clean air, water and soil and for the alleviation of environmental racism and poverty. Among other things, they have been calling for Shell to be held accountable for its leaking fuel pipelines in South Durban.

JA! Justiçia Ambiental/Friends of the Earth Mozambique campaign on today’s most urgent environmental and social issues. They aim to challenge the current model of economic and corporate globalization, and promote solutions that will help to create environmentally sustainable and socially just societies. In Mozambique they support the anti-fracking movement against big oil majors including Shell.

The Democracy Collaborative is a progressive think tank that aims to help catalyze a moral and political transformation of the US political economy into a next system that is inclusive, just, and ecologically sustainable.

HandelAnders! An association of trade unions, food producers, entrepreneurs, environmental organizations, knowledge and consumer organizations and committed citizens, who work together in their pursuit of sustainable and fair trade.