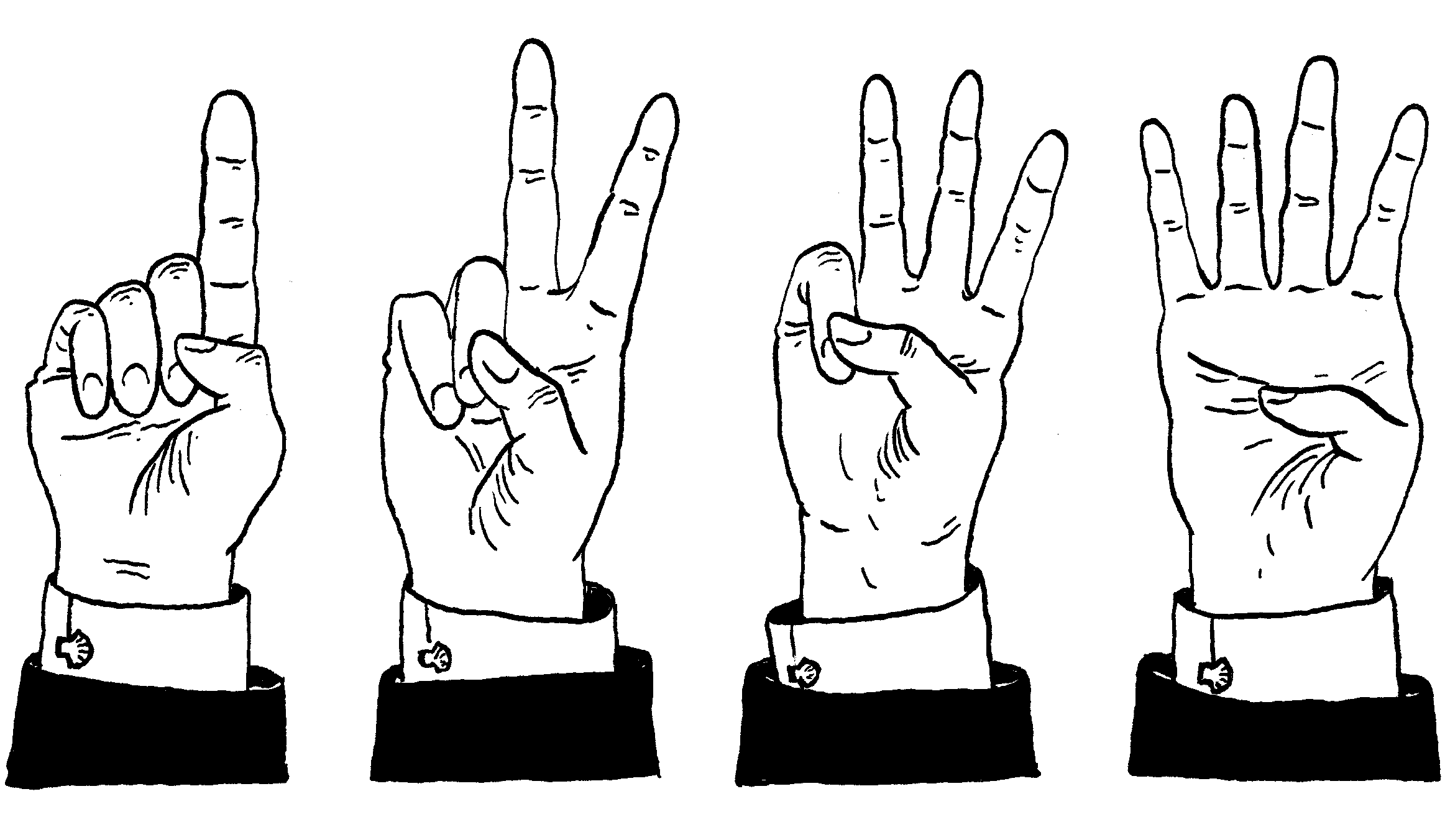 A report by
SOMO

Can a company that puts profit before people possibly have the moral compass to navigate a just and fair energy transition?

Read the Executive Summary below, and download the full report!

Although the oil and gas industry has known about global warming, it has actively supported its denial and, through its exploitation of fossil fuels, has played a vital role in creating the current fossil dependent economy. As the consequences of climate change are felt globally, it is high time for the oil industry to be held responsible. Royal Dutch Shell (Shell) is one of the world’s largest oil and gas majors and ranks 7th on the list of biggest carbon dioxide emitters since 1965 (the year that industry leaders and politicians learned of the environmental impacts of fossil fuels). Shell recently produced its ‘Powering Progress’ strategy to – as the company declares on its website – ‘accelerate the transition of their business’. It is the first time that Shell has publicly recognised the climate crisis as a major challenge to its current business model. But though it might appear to demonstrate a change in course, the recent resignations of a number of Shell top executives responsible for energy transition suggests there might be fundamental incompatibilities between Shell’s bottom-line and their energy transition imperatives.

Four ways in which Shell
impedes a just energy transition

The oil and gas industry is first and foremost driven by the need to maximise profit. In doing so, it thrives on inequality and the violent exploitation of humans and ecosystems, undermines democratic decision-making institutions, and misleads the way in the energy transition. These four obstacles impede a just energy transition. A just transition is not about a narrow focus on CO2 emissions, but enables equal access to and democratic control over energy sources that guarantee ecological integrity. Such a transition addresses past injustices, prevents future injustices, and compensates those most affected.

Because Shell is a quintessential example of the oil and gas industry, it serves as a useful case to expose and explain these obstacles and why they impede a just energy transition: how the obstacles are created and how they can be removed to allow the much-needed social, political, and economic transformation.

The downward trend of the oil and gas industry was accelerated by Covid-19, but it is not the cause of it. In the first two decades of the 21st century, Shell could have cho- sen to spend the US$237bn that went to shareholders and share buybacks, on making its fixed capital stock more climate proof. Instead of giving society its rightful dues by paying taxes, Shell has burdened the world with global warming. The company has accrued far more debt than its competitors and, despite much rhetoric about ‘leader- ship’ and sustainable business practices, it relies on potential stranded assets and cuts 9000 jobs.

Prioritising the renumeration of top management has resulted in a CEO-to-worker compensation ratio in the Netherlands of 277:1, and in Nigeria of 4050:1. Significantly less priority has been given to investment in research and development that will secure future returns, or retraining employees about a more climate-friend- ly future. Every euro spent on exorbitant payouts to executives and shareholders, or shifted to tax havens, was a euro not spent on providing a decent wage, or retraining workers for climate resilient jobs, or cleaning up oil spills, or compensating frontline communities, or on achieving the target of zero emissions over the next 50 years.

Shell’s century of global resource extraction and labour exploitation, causing global warming and environmental destruction, has been facilitated by violent colonialism. The close relationship(s) between the Dutch colonial rulers and Shell have enabled the company to grow and the coloniser to expand its territorial power. Some of the practices developed by Shell during colonial times, continue today through investment treaties and CO2 compensation schemes. These practices not only show Shell’s inability to break with the past, but their continued use gives little credibility to the company’s ability to address injustices today.

Shell’s history raises questions of moral responsibility and the need for reparation. The company has, after all, grown on the back of oil reserves extracted from colonised territories, and had no qualms about providing fuel for, and engaging in, violent events. The damage done to Black and Indigenous people and their territories demands such recognition and reparation.

Shell uses its privileged access to, and influence on, policymakers to secure and promote its own interests, including those relating to climate policy. Obstacle 1 demonstrates that Shell’s main focus is to please its shareholders, a priority which often runs counter to public interest on issues such as just transition and taking action against global warming. Part of the company’s history, and way of working, also includes employees moving between careers in Shell and the Dutch government; this continues today. These ‘revolving doors’ relationships give Shell direct access to the highest decision-making bodies in the Netherlands and allows the company to engage with high-status and influential politicians, compromising independent and demo- cratic decision-making within governing bodies.

Shell has also used bilateral and free trade agreements to shape policy in its favour. These agreements include far-reaching protection for companies and investors against any government measures that could impede their projected profits. The threat of arbitration when governments intend to take regulatory measures against climate change, inhibit legislators from taking action. This allows companies to potentially shift the risk and burden of their stranded assets onto the shoulders of taxpayers. Leaked emails have shown that Shell’s strategies include structural links to state security services, and close relations with legislators do not benefit local communities and deprived upstream economies from badly needed revenue.

Shell uses scenarios, marketing campaigns, and misleading advertising to present an image of itself as a company indispensable in providing energy and able to guide society through the energy transition. With the help of controversial marketing companies such as Edelman, Shell attempts to overwrite its role in global warming and social and environmental injustices. The company partners and collaborates with publicly recognisable and reliable partners to legitimise its public standing. Shell’s education programmes that influence children, and may be the first encounter that children have with climate change and renewable energy, urgently need to be replaced with ones that have historically and scientifically correct content.

Shell uses advertising and marketing to dampen the sense of urgency about climate change, to maintain approval from the general public, and keep opinion-makers, politicians and government officials on its side so as to remain at the decision-making table with the government: influencing both the pace of the energy transition (not too fast), and the direction (a continued need for fossil fuels). Shell has been able to redirect responsibility to change away from its own hazardous practices and shifted it onto consumers. The marketing makes climate change, and energy transition, a demand issue, rather than a supply driven one. It promises solutions from innovative technology that will enable storage of CO2, so supply can continue unhindered. Shell sells seductive lies and tactfully manipulates the public away from remembering the past, and asking critical questions about its dirty practices today.

➔ Shell presents itself as a global leader bringing prosperity, progress, and innovation. However, taking a closer look at the company’s business model, history and current practices, it is clear that this prosperity is only for the few, any progress is limited, and ‘innovation’ involves primarily gas and carbon capture, both of which keep the world locked into a fossil future. In short, Shell continues its ‘Shell game.’ Lift the shells though, and the company is revealed to have been very successful in misleading the way. The obstacles identified show a history of business practices that seriously question the legitimacy of Shell’s place at the decision-making table, the sustainability of its business model, and its integrity and intentions in contributing to a just transition.

➔ The obstacles discussed for Shell are indicative for how the oil and gas industry impede a just energy transition. The intention of this report is to expose these obstacles and remove the illusion that the oil and gas industry can lead or will lead us into a meaningful transition for all. These obstacles also provide the elements of focus to identify trajectories of collective strategising on how to seek reparation and redistribution, through imagining and creating alternative social ecological relations, built on solidarity and cooperation, diversity and sustenance.

➔ The downfall of the oil industry happened before the Covid-19 crisis took hold, primarily due to its own focus on profit by all means and satisfying shareholders. But Covid-19 did remove all the window dressing and brought the oil and gas industry to its knees. It highlighted how an uncontrolled unravelling of the oil and gas sector disastrously impacts workers and frontline communities. But the crisis has also made it possible for visions of structural systemic change to emerge and gain traction in wider society. These includes taking the opportunity to listen carefully to the resilient voices that have led the struggle against Shell in the past, to rethink what is relevant and important for people and the planet, and to try and fundamentally transform the way we organise our societies.