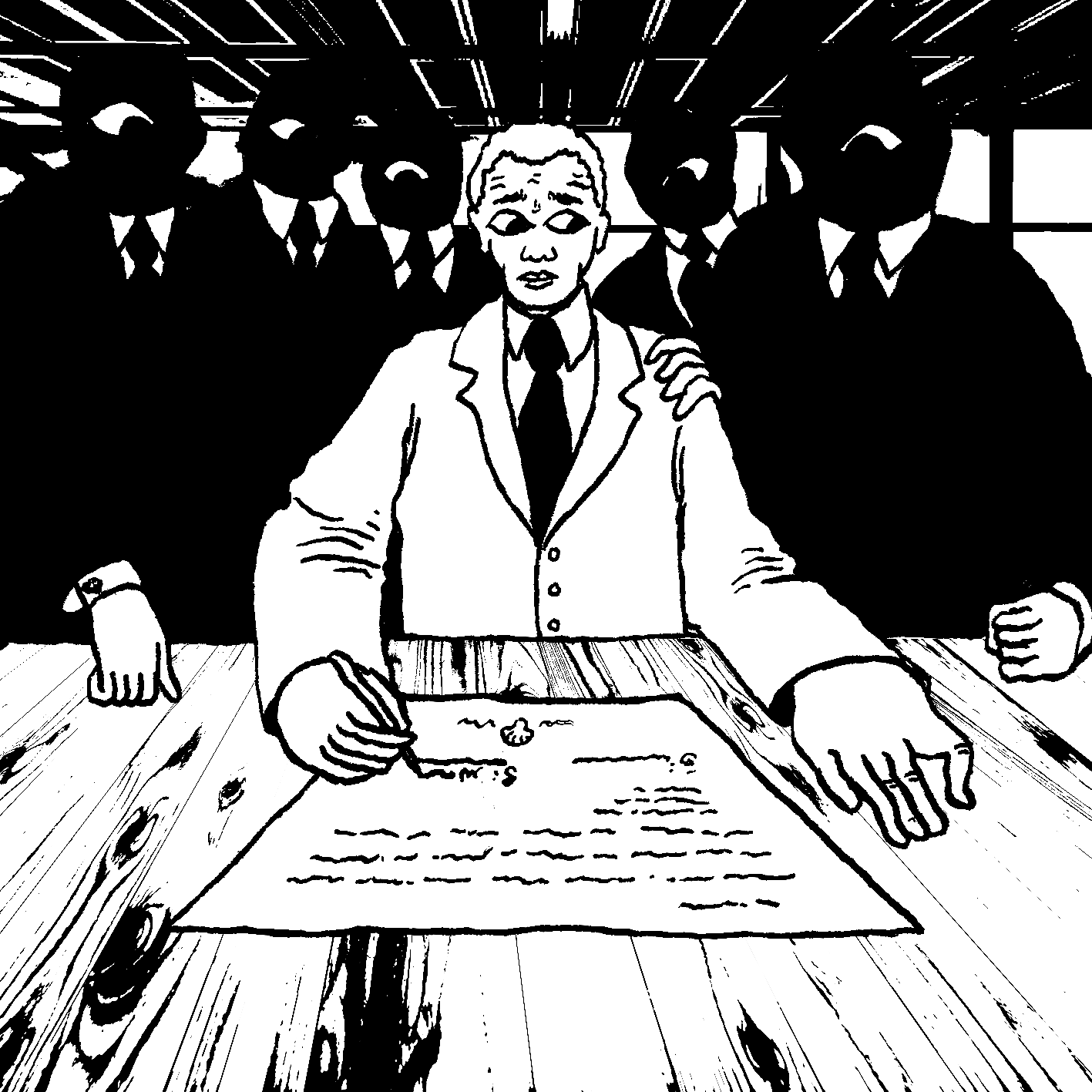 An article by
Handel Anders!
SOMO

Learn more about the Energy Charter Treaty and other trade agreements: the insidious tools in Shell’s arsenal with which governments can be sued for climate action, and that can potentially shift Shell’s financial burden onto the shoulders of taxpayers.

The heyday for fossil fuel companies seems to be over. In December 2020, the Anglo-Dutch oil and gas company, Royal Dutch Shell, announced it was slashing US$4.5bn from the value of its assets in addition to the US$18bn already made over the year in depreciations. Such impairments are not only a result of the sharp decrease in global oil demands because of the effects of the Covid-19 pandemic, but also a consequence of the accelerating transition towards renewable energy across the world. Governments are supposedly working hard to reduce reliance on fossil fuels as a source of energy by using carbon pricing arrangements to drive down demand. These governments are also increasingly taking supply-side measures to restrict and ban the extraction and transportation of fossil fuels. Such measures inevitably further impact the profitability, and sometimes even the viability, of carbon-intensive investments, and almost certainly will create billions or even trillions of dollars in unprofitable or ‘stranded assets’.1 While these actions do force companies such as Shell to strategise about exiting from fossil fuels, companies also have a powerful legal weapon that enables them to set their own terms about how and when to exit and, importantly, who will pay the costs.

Thousands of bilateral investment treaties and free trade agreements provide foreign investors with extensive protections against government measures that might damage their investments. These measures include expropriation, or the implementation of other policies that may treat foreign investors unfairly and affect their economic expectations. Under the so-called investor-to-state dispute settlement (ISDS) mechanism, companies such as Shell and their shareholders can directly sue governments outside of their national courts, and file compensation claims before international arbitration tribunals. An arbitration tribunal typically consists of three private lawyers and can render awards that are binding and globally enforceable.

Almost a fifth of the more than 1,000 registered ISDS cases relate to fossil fuel investments. Of these, 38 per cent relate to oil and gas extraction and 26 per cent to gas supply, distribution and combustion in power plants. The remaining cases relate to the transportation of oil and gas, oil refining, and the extraction and burning of coal. Some of the most polluting companies have been successful in ISDS cases, including Chevron, ConocoPhillips, Occidental, Repsol, and Total. Cases can involve dizzying amounts of money; tribunals have often used highly controversial and speculative valuation techniques, which have resulted in countries paying millions or even billions of dollars when they lose a case. These financial awards can be a significant burden on public budgets, particularly in developing countries, and could discourage governments from taking action at all. The mere threat of an ISDS claim could result in governments withdrawing or watering down certain policy measures, creating what is known as ‘regulatory chill’. Seven of the ten largest known ISDS awards (all more than US$1bn) have involved fossil fuel companies or shareholders.

A number of cases have been threatened, or initiated, whichcould set a dangerous precedent for future climate action. In 2011, a local government in Germany decided to water down environmental restrictions imposed on a coal-fired power plant after the Swedish owner, Vattenfall, sued Germany for €1.4bn. In 2017, the British oil and gas company Rockhopper sued Italy for €350m following its decision not to grant a concession for oil drilling in the Adriatic Sea because of concerns over earthquake risks and environmental damage. In the same year, Canadian oil and gas company, Vermilion, threatened to file a claim against the French government over a proposed law to ban fossil fuel extraction on French territory by 2040. The French government ultimately decided to water down the law by allowing exploitation permits to be renewed after that period. And German energy company RWE is suing the Netherlands for 1.4 billion euro in damages over the country’s decision to ban the use of coal for electricity production as of 2030, with other energy companiespossibly following suit.

Shell’s global assets are well protected by a vast network of investment treaties signed by the Netherlands, either bilaterally or as a member of the European Union and as part of the Energy Charter Treaty (ECT). According to its 2019 Annual Report, Shell has oil and gas exploration and production activities in 37 countries. Of these, 27 countries either have a bilateral investment treaty with the Netherlands or are members of the ECT, or both.2 In total, Shell has 733 subsidiaries incorporated in 55 countries which are covered by an investment treaty. Moreover, another 205 subsidiaries are incorporated in the Netherlands. These subsidiaries include many exploration and production companies, in the form of private limited liability companies, through which Shell seemingly structures its overseas investments. Shell’s 2019 Tax Contribution Report, reveals that the company owns an estimated US$324bn in tangible assets and stated capital, covered by investment protection.3

The Dutch government remains keen to expand its treaty network and is planning to (re-)negotiate treaties with a number of countries, including Qatar, the United Arab Emirates and Iraq, where Shell has significant investment interests.

Such investment treaties form an important part of Shell’s legal strategy to defend its corporate interests, and the company has already resorted to ISDS on four different occasions. In 2016, Shell filed an ISDS case in a tax dispute with the Philippine government regarding the Malampaya deep-water gas-to-power project, when tax authorities ordered a Shell-led consortium to pay US$1.2bn in unpaid corporate income tax. In 2007, Shell lodged a case against Nigeria, and claimed damages of US$1.8bn as compensation for the withdrawal of the controversial offshore exploration license for the oil field OPL 245 in favour of a local company. Shell withdrew the claim after it acquired the license with Eni, for US$1.3bn. After criminal investigations, both Shell and Eni are suspected of obtaining the license through bribery and are currently being prosecuted in Italy and Nigeria. In 2006, two subsidiaries of Shell filed a claim against Nicaragua after the Nicaraguan government seized their trademarks in an effort to enforce a local court judgment in favour of Nicaraguan workers affected by a pesticide used on banana plantations which caused serious health problems for the workers. The companies argued that the judgment concerned Shell entities other than themselves. The claim was abandoned after the Nicaraguan Court of Appeal overturned the judgment and released the trademarks. In February 2021, Shell filed a second claim against Nigeria over a dispute regarding an oil spill that took place five decades ago, for which the Nigerian courts had ordered Shell to pay compensation to affected communities.

It is therefore realistic to assume that Shell’s lawyers will, at some point, turn their eyes to ISDS to claim compensation for climate policy and environmental measures which have negatively affected Shell’s assets. In the Netherlands, both Shell and ExxonMobil have launched arbitration proceedings against the Dutch government over compensation for the early closure of Europe’s largest gas field in Groningen due to concerns about earthquakes in the region. These proceedings have not been initiated under an investment treaty but on the basis of an agreement with the Dutch government, and take place at the Netherlands Arbitration Institute. The case shows, however, Shell’s readiness to pursue legal action to secure a desirable amount of compensation.

To realise a future beyond fossil fuels, it is imperative to not only break from the economic and political power of the fossil fuel industry, but also to look at how to disentangle the legal shackles that enable companies like Shell to frustrate climate policy and shift the burden of their stranded assets onto the shoulders of taxpayers through formidable arbitration claims.

Governments all over the world are already terminating their investment treaties. EU member states have very recently agreed to terminate treaties among themselves and Italy has decided to withdraw from the ECT altogether. The upcoming round of talks to modernise the ECT could provide the momentum needed for governments to seriously consider stepping away from ISDS permanently and restore the badly needed policy space to realise a just transition towards a green future.